Happy book birthday to the authors of
One Sweet Morning! 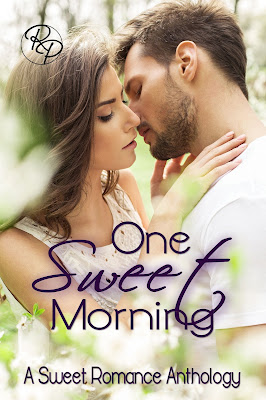 When Riley finds a way to meet the cute swan boat driver she
has been admiring on the banks of a pond in the Boston Common she does it
knowing it would be temporary. Her plans had always been to leave the city at
the end of the summer and even the cutest guy she has seen in forever wasn’t
going to derail that. However she quickly finds that Graham calls to her as no
other guy has ever done. She also finds that that he has a secret just as she
does—he’s afraid of water.

Riley, a lifelong rower, is shocked by the revelation but it
does not dim her attraction. After all, she is leaving so what difference does
it make? However, as they get closer she finds it harder and harder to imagine
leaving both the city and the man at the end of the summer. What seemed so far
away at the beginning of spring now looms in front of her and the reality of
leaving everything she loves tears at her. When near tragedy forces both of
them to face their deepest secret will the truth pull them together or tear
them apart once and for all?

Chris and Kirk have always had chemistry, but he was with
someone, and then Chris moved across the country for a better position in the
company they both work for. Five years later, she's happy in her job and
recently single, having broken up with someone rather than be in a relationship
without any kind of spark. She's resigned to waiting for the right guy rather
than settling.

She wants to believe in him—he's always been honest with
Chris and faithful to his girlfriend—and in what they could have together.
Their chemistry is still there but it's not just desire: she really likes
this guy. But is she a fool to wait for something that may never be? Especially
when her big sister is urging her to give the man she broke up with another
chance before he finds someone else.

Only the Heart Knows
by Suzi MacDonald

One dark spring morning, the man that Maddie loved was swept
away in a tragic accident that left her alone and pregnant on their wedding
day.

Exactly three years later she has built a new life with Troy,
her best friend from childhood, and the sun is shining as she sets off down the
aisle for a second chance at happiness.

But before she reaches the altar her plans and her heart are
thrown into disarray by Jack’s well-timed return, re-igniting all the feelings
she thought were dead and gone. Like him.

Can she forgive Jack for the lies that left her broken three
years before? Or should she trust Troy and his promises, when he may not have
been entirely honest with her either?

Only her heart knows the truth.

Spring into Action
by Theresa Kemble

Tamara Goode lives a privileged life, always trying to please
others. Her fiancé is like her father—well-meaning but controlling, and Tamara
soon realizes she needs her independence. Escaping to a new life, she becomes a
personal assistant to the handsome TV reality show star, Joe Campo. Fighting
her attraction for him is a losing battle, for how could such a man possibly
fall in love with a Rubenesque woman when model-types fall at his feet?

As a celebrity, Joe Campo has money and beautiful women
clamoring for his attention, but he secretly fears losing himself to a shallow
existence. Enter his new, competent assistant who seems to read his soul and
understand his struggle to become a better person.

Joe’s attraction for Tamara grows and he hopes love will
spring into action, but will her shyness and insecurity keep her from
recognizing the connection between them? 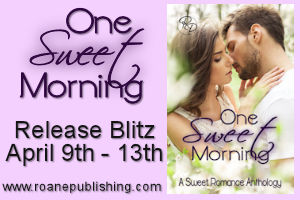