Welcome to my fellow SMP author, Vonnie Davis! She's here to promote her newest release, A Man for Annalee, an historical romance. Take it away Vonnie! 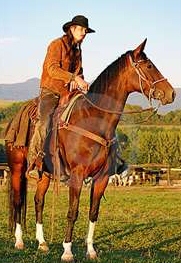 Werewolves, corporate executives, special ops, English gentry…and cowboys. Contemporary or historical, cowboys snag romance readers’ hearts. As a relatively new writer with three contemporary and two historical Westerns published or soon to be released, I enjoy penning stories about this rare breed of man. I adore the cowboys’ love of animals, their code of right and wrong and their raw sexuality.

While Linda Lael Miller’s western romances are embraced by the NYT’s Best Sellers list at the time of their release, mine barely garner a blip on the publishing radar screen. And that’s okay for now, because I love doing research, especially when I’m working on a historical. Sometimes the personal satisfaction of doing what you find irresistible to your soul is worth being unknown. 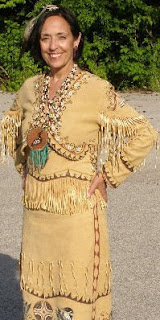 I also include Native Americans in all my western stories. You see, I have a grandson who is half-Native and I do this to honor this part of his heritage. His grandmother, a member of the Mi’kmaq tribe, is my “go-to-lady” for all things pertaining to The Red Way. With her vast network of members of other tribes, she can add the authority of truth to any Indian references.

This week, my historical novella, A Man for Annalee, released from Still Moments Publishing. Set in a fictional town of Cicero Creek, it is full of quirky characters and its own brand of danger.

Annalee Gallagher loses her parents, home and business in the Great Fire of Chicago. When she travels to Cicero Creek in the Wyoming Territory to start a new life, more heartache awaits her, so do the attentions of several men—for good and for evil. Why was her stagecoach attacked and was the shot that zinged over her head one night, a wild bullet or a bad aim?

Boone Hartwell, the marshal of Cicero Creek, suspects someone is out to kill the new spitfire in town. She amuses him and touches a lonely part of his soul, but can he keep her safe? More importantly, can a white man raised as Cheyenne win her heart? Can he rise above all her other suitors? For one thing is for certain in his determined mind: He’s the man for Annalee.

In the segment I’m about to share, people from surrounding ranches, as well as townspeople, have come to my heroine’s new home to help with repairs and cleaning. This gathering also serves as a social activity for these pioneers who lived an often isolated life. Annalee, my heroine, arrives and hears men working behind the cabin…

Annalee rounded the back corner of the house. Suddenly she stopped dead in her tracks and shrieked. There stood an Indian. A bloodthirsty Indian just like in her dime novels. Red skin, evil looking, with a hatchet in his hand. She backed up a step, her hands involuntarily rising to cover her hair.

“Annalee.” Boone leapt from rafters over the porch. “Meet my brother, Two Bears. He’s making shingles for the roof.”

Her gaze went from the hatchet Two Bears was holding to Boone’s face. “Sh…shingles?” Her voice squeaked as her heartbeat gonged in her head like the church bells in the tower of St. Francis Church back in Chicago.

Boone spoke in a calm voice, his grin widening as reached her. “Levi, Two Bears, and I have been fixing your back porch. We decided on building a roof over it. We thought it would help protect you from the elements.”

“E…elements,” Annalee repeated lamely, quite unable to take her eyes off Two Bears. His long black hair was parted in the middle and braided. The braids were wrapped in what appeared to be otter fur, similar to what she sometimes used to trim hats and make muffs.

Boone trailed a finger down her cheek. “Plus, I’ll string a clothesline between the poles of the porch, so you can hang laundry out to dry. Lee draped his clothes over bushes, but ladies have different ideas about that sort of thing.”

She slowly nodded. “Hang…” Goodness, but the Native’s pierced earlobes  were hung with pounded silver coins on brass wire. Around his neck was a choker of white beads, four rows of them, and in the middle of the choker was a diamond-shaped medallion of turquoise beads. A man wearing a necklace and earbobs, who could have imagined such a thing? Sewn onto his deerskin shirt were rows of white and turquoise beads. He wore fringed deerskin leggings and moccasins, also intricately beaded.

His entire countenance bespoke Native culture, violence, and hostility. She didn’t think her heart would ever beat calmly again. An Indian. On her property. A true-to-life Indian standing right before her, with bloodlust in his black eyes. And, dear God, he was holding a hatchet.

Two Bears stared at her, too. “You are Red Badger?”

“Most humans do.” Two Bears glanced at Boone, and if she didn’t know better, she’d have sworn he smiled slightly. He gestured with his hands when he spoke, “You take hands off hair now. Me done scalping for day. Me scalp six people on way here this morning.”

She fainted into Boone’s arms. He held her close, worried she was harmed in some way. “Now, look what you’ve done.” Boone scowled at his brother.

Levi and Two Bears were laughing. Levi slapped the Native on the back. “Did you see the look on her face?”

“You’re a lawyer, you don’t need to talk like that. You frightened her into another swooning spell.” Boone tightened his grip on Annalee, protectively drawing her near his chest. He was staggered at the depths of his feelings for this petite spitfire. Realization slammed into him that he’d go against anyone or anything to keep her safe. In his heart and soul, this woman was his.

Two Bears stood at his elbow and studied the woman. “It’s the way Easterners expect us to talk.” His gaze lifted to Boone’s. “You’ve chosen well, my brother.”