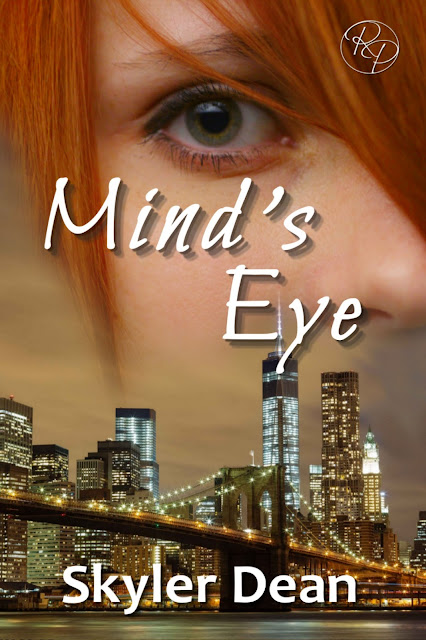 Newly hired NYC blogger Cassandra Hale has finally achieved her dream-living and writing in the big city.  Eager to prove her skills and secure her place, Cassie pushes hard to gain respect from the new age publishing group where she’s recently snagged a position.


As a sudden witness to murders in her sleep, Cassie becomes convinced that she’s losing her mind.
All she wants is to discover a way of making these gruesome visions stop. But with no control over them, her subconscious mind begins to wreak havoc on her life.


At the edge of her sanity, Cassie decides to take matters into her own hands and tracks down the latest victim from her dreams, subsequently gaining the unwanted attention from NYPD detective Derek Ward.

Struggling to cope, not only with accepting her newfound abilities but with her perceived involvement in a crime, Cassie is forced to contend with interrogations from Ward, who’s convinced she has something to hide.


As Cassie and Derek both fight to discover the truth, as well as a growing, unwanted attraction towards each other, they are ultimately thrown together as the stakes jump even higher-Cassie’s premonitions turn to a man whose diabolical intentions are eerily close to her.

Mind’s Eye initially began with the creation of Cassie’s personality.  From there, it was all about envisioning how she would deal with the extraordinary things that begin happening in her life as the story progresses.

I visualized Cassie to be a young 20-something journalist who is ambitious and confident yet slightly out of her element by living in New York City for the first time.  She is a contradiction in many ways-like most of us-and the main focus of her journey is figuring out how to cope with her gift of astral projection amidst all the other obstacles being thrown at her.

A gift is definitely not how she views her ability to see people die for the majority of the book but as Cassie grows as a person and lets Detective Derek Ward into her life, she begins to accept herself.

Cassie and Derek’s love story was written as a supporting role for Cassie’s experiences and to help guide her toward self acceptance.  Ultimately, the evil she gets tangled up with only becomes recognized as a threat when Cassie uses her vision and fights to regain control of her life.

Mind’s Eye is the result of Cassie’s ordeals, coupled with metaphysical and new age themes, and how they shape her into the person she needs to become in order to survive her ultimate vision.


Open only to those who can legally enter, receive and use a RoanePublishing.com Gift Code.  No purchase necessary, but you must be 18 or older to enter. The winner will be chosen by rafflecopter, and announced on the widget. Winner well be notified by emailed and have 48 hours to respond or a new winner will be chosen. The number of entries received determines the odds of winning. This giveaway was organized by Roane Publishing's marketing department.