It's BLOG HOP time! A simple comment, and you could win my MEANS OF MERCY series! 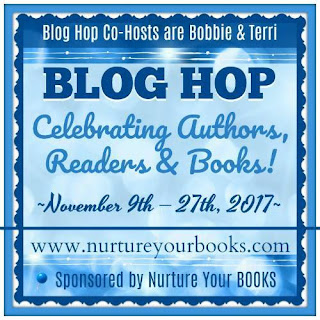 I haven't done a blog hop in FOREVER, and I'm thrilled to co-host with Bobbie from Nurture Your Books! Check out their awesome grand prizes...

Nurture Your BOOKS™ Blog Hop Prizes:
For readers – 3 lucky winners will each receive a huge, book prize package with lots of brand new books in a variety of genres (some will even be signed!!) and lots of cool book swag! For authors – several winners will receive a free, premium author service from Nurture Your BOOKS™. Both are open internationally! 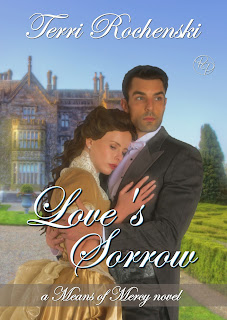 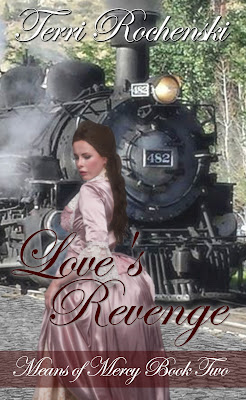 To enter, please comment with your answer to the following question:

What will kill a book for you?

For me, it's believability. If an author can't keep names straight, or they mess up a timeline, I'm ALL DONE. If there's no conflict within the first three pages to keep me engaged, I'm ALL DONE.

Be sure to stop by the other participating authors and bloggers for chances to win more goodies!

Thanks for stopping by, & best of luck! 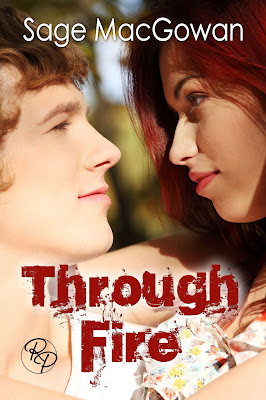 Through Fire
N/A Romance
By Sage MacGowan
Release Date: November 6, 2017
Confidence. Faith. Redemption.
All her life Cass has been the wallflower, quietly content to make her mark from behind the scenes. As a cognitive psychologist in the research field she will use her intellect and tenacity to heal the “broken” brain. Because she learned long ago she isn’t capable of fixing broken minds, maybe not even broken hearts.

Possibility. Strength. Acceptance.
Bryan doesn’t even want to think about his present. To escape his past, he had always looked to the future. As a materials engineer he will use his ingenuity and talent to develop state-of-the-art products. But now an accident has drastically broad-sided his life…and the hits keep coming.

Force of will. Daring. Absolution.
They give each other the motive to step beyond self-consciousness, to reach outside themselves to touch the other. They discover the courage to pull one another close. To love. To be loved. From one another they draw the power and fortitude to move beyond mistakes.

Inspiration behind Through Fire

Well, it started with a song...

“That's the Kind of Love You're In” by Sons of the Desert. The lyrics speak of the depth and breadth and length of the man's love for the woman. I won't print the whole song, but a stanza and the chorus go:

All my days I'm by your side
Till I have no days to give
And from the bottom of my soul
You're the reason I live
Baby, that's the kind of love you're in

My promises, by them I will stand
With nothing less than everything I am
I'll walk through fire for you
Just say when

I wanted my story to reflect that kind of love, the willingness of the hero to “walk through fire” for the heroine. I also wanted a story in which another version of the phrase “through fire” could be meant – by way of a great struggle, the hero and heroine get their HEA.

So the song gave me my title, as well as the inspiration for the book.

Shortly thereafter, I came up with characters. I've started several other stories, but Through Fire is the only one in which the opening scene was the first scene to come to my mind. All my other stories “started” somewhere in their middles. For Through Fire, I was sitting in my car at work, eating lunch, when my muse showed me a young woman in a gym intrigued by a young man, also working out. My muse then informed me that he was an amputee. I asked, “Are you sure?” and she replied huffily, “Yes, I'm sure.” Luckily I had my computer with me, so I just started typing away.

Growing up, and for quite some time after, Sage was a reader and a dreamer, but didn’t often put pen to paper. After becoming addicted to romance novels, she would often rewrite the stories in her head. Then late one night, while listening to music, with story ideas dancing in her mind, she was overcome with an undeniable urge to actually write.

Sage is a nature-worshiper and spends a fair amount of time hiking and camping (real camping, not the wussy RV kind) with her family. She also rides horses as often as she can (which isn’t often) and gets her horse fix by volunteering at the local therapeutic riding center. Her other volunteer gig is a non-profit group that helps military veterans train dogs as support animals and service dogs. In her previous life (former career) she was a veterinary nurse for over 20 years, and has always had a passion for medicine, which is behind the presence of “medicalese” in her stories.