#WriterlyWisdomWednesday: How to Trick Your Readers by Chrys Fey 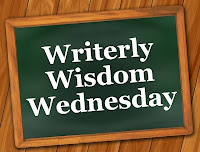 How to Trick Your Readers

As writers, we get away with a lot: plot twists, nail-biting suspense, cliff-hanger endings, killing off our protagonists, and we can also trick our readers into believing a character is good (or bad) even if they aren’t. Some of the tips below are ones that I used in my eBook “Hurricane Crimes” with the hero, Donovan Goldwyn.

1.    Reveal his/her thoughts, but give them a sinister twist a reader will use as evidence that he/she is bad.

2.    Bring glaring evidence into light that clearly confirms he/she did something bad or is a killer.

3.    When the protagonist confronts your character, have him/her say something that could indicate guilt. You can also show a personality switch. For example: their eyes can darken, their voice can deepen, and their attitude can change drastically from what it was before the confrontation.

4.    Have moments when the protagonist’s back is to him/her. During these moments, the mysterious character can sneak up on the MC, hide something, or lift an object that can be used as a weapon. This works best if you use multiple perspectives to tell the story.

5.    Make sure your main character becomes suspicious of the hero/heroine. If the MC feels a certain way about another character, the reader will be inclined to feel the same way. Or if your MC is the suspicious one then let minor characters show unease toward him/her.

6.    Uncover a weapon or something he/she was trying to hide.

The main thing to remember is that although you make your hero/heroine appear bad, they really aren’t. You have to explain why they did, thought, or said certain things that made them look bad. Most of all, you have to prove their innocence! Or he/she can really be bad, in which case you just put your readers through a vicious mind tug-of-war. Bravo!

1.    Give the antagonist an alibi. Even if it’s completely false, make it seem rock-solid.

2.    When they are being questioned about a crime, give them the appropriate emotions that an innocent person would convey. You can even make them act too good.

3.    Make them charming. It’s always the charmers that you have to watch out for! Nothing is more creepy, or shocking, as realizing the man/woman the protagonist kissed is evil.

5.    Let the antagonist be perfect. We all know no one is perfect, but someone with a past to hide, with secrets to keep, and with a criminal mind will make themselves appear perfect to fool everyone.

6.    To make him/her perfect, don’t show their anger or hate for anything, always have them presentable and poised, and easily likeable. Only you, the writer, will know about the true evil lurking beneath their disguise.

Bonus Tip: You can keep the identity of the antagonist a secret from the reader, which would create a bigger shock once you unmask him/her.

Of course, the antagonist can’t be good all of the time. At the end of your book, or when you want to show him/her for who they really are, put a wrench into the antagonist’s plan to trick everyone. Bring his/her lies out in the open and show his/her true nature.

After her car breaks down, Beth Kennedy is forced to stay in Florida, the target of Hurricane Sabrina. She stocks up supplies, boards up windows, and hunkers down to wait out the storm, but her plan unravels when she witnesses a car accident. Risking her life, she braves the winds to save the driver. Just when she believes they are safe, she finds out the man she saved could possibly be more dangerous than the severe weather.

Donovan Goldwyn only wanted to hide from the police, but the hurricane shoved his car into a tree. Now he's trapped with a beautiful woman while the evidence that can prove his innocence to a brutal crime is out there for anyone to find.

As Hurricane Sabrina wreaks havoc, Beth has no other choice but to trust Donovan to stay alive. But will she survive, or will she become another hurricane crime?

Chrys Fey is the author of the short stories—The Summer Bride and Fallen. She created the blog Write with Fey to offer aspiring writers advice and inspiration. She lives in Florida where she is ready to battle the next hurricane that comes her way.