As part of Mr. Lister's Bullet blog tour, I asked him to share his favorite UF  books.

Think he missed any?

Urban fantasy is a massive genre. Authors housed in its categories find room to create myriad tales ranging from bustling cities to backwater hamlets. All of them, of course, house one or more aspects of the supernatural. Some are so dense; it's hard to tell if there are any normal humans left. Regardless of the backdrop, some titles rise above their brethren in both sales and popularity. Here's my list of the best urban fantasy books out there, both old and new.

10. The Lion, The Witch and The Wardrobe - C.S. Lewis
Not urban fantasy you say? While that may be true of further books in the series, consider the setting of the inaugural novel. Children sent to live in the English countryside to escape the atrocious bombing of London at the hands of the Nazis during World War II. It doesn't get much more urban, or eminently real, than The Blitz. Can anyone else think of a better reason to escape to a magical world filled with talking beavers and dithering satyrs?

9. The Dresden Files - Jim Butcher
Sorry, can't pick just one novel out of Butcher's series. They're all engaging in their own way, though the 'power creep' of Harry's magical abilities tends to lessen the true stakes as time goes on. What could be more interesting than the books themselves is how hard Butcher had to work to get them in print in the first place.

8. The Last Werewolf - Glen Duncan
Existential crisis meets lycanthropy meets finding a reason to live if only to die well. Duncan's singular wit propels this book from one page to the next giving the reader something literary and contradictory to chew on at just about every turn. As the protagonist, Jake, often says: God being dead, irony still rip-roaringly alive.

7. The Hum and The Shiver - Alex Bledsoe
Hooked from the first sentence, Bledsoe takes Appalachian mysticism and molds it into a modern tale of xenophobia and reaching out into the wide world. Seriously people, go pick this book up now and put its pages inside your brain. Go now!

6. A Dirty Job - Christopher Moore
So, your child is a reaper, and you're a beta male. Oh, and your wife just died. Doesn't sound like the backdrop for an entertaining read, but that's why our author here is such a damn genius. Moore is hilarious and his insightful takes on the urban fantasy genre, as in all his novels, could've easily filled this list. Had to pick just one since I used my 'entire series' card earlier. Curses!

5. American Gods - Neil Gaiman
Everything this man touches turns into a standard bearer for the genre, and usually spawns a movie, television rights...or at least a successful radio play. This novel brings our disparate mythologies and systems of belief and melds them into a cohesive tale that spans the United States.

4. Fevre Dream - George R.R. Martin
That's right kids. It's not all Game of Thrones . Martin's vampire novel tends to fly under the radar in the face of his enormously successful fantasy series, but it's not to be missed. Its pages are dense with suspense and the same kind of rich history that makes Westeros so engaging.

3. Dead Witch Walking - Kim Harrison
The novel that opened the floodgates on reading in the genre for many of us, Harrison embodies the protagonist like a demon possessing a fleshy mortal. Admit it: you always knew Cincinnati was some kind of den of evil where all manner of supernatural creatures roam.

2. Dracula - Bram Stoker
Call it gothic, if you want, but you can't escape the urban and the fantastical elements that provide the template for every other novel in the same *ahem* vein.

1. Harry Potter and the Half-Blood Prince
Yeah, I said it, Harry Potter is urban fantasy. Wanna fight about it? This is Rowling's 'Empire Strikes Back' of the series, where we see the bad guys gain a sizable upper hand. The emotional turmoil, the torn relationships and the very adult circumstances the main characters deal with is well above any 'children's book' moniker the uninitiated might attach to it. 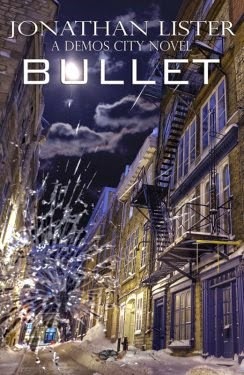 A father’s love doesn’t bend, so what happens when it breaks?

Corruption, dark truths, and a new Alpha mean Leon Gray’s days of running without a pack are over. At least, that’s what everyone but him believes.

He’d rather be helping his teenage daughter navigate the landmine life of a full werewolf, finish out his servitude as bodyguard to a former Demos City reporter and, in all honesty, not be taken advantage of by a beautiful woman who really only wants him for his body—figuratively and metaphorically.

Of course, the only way any of that might happen is if he’s dead. That’s likely given the information the reporter has unearthed and the territorial battles already underway between packs. If only Demos City's corruption didn’t have such deep roots—older than the bones of the city or any of the werewolves who’ve decided to claim it. A city can only take so many power hungry mongrels invading it at one time, and Leon can only take so much knowing his daughter lives within its boundaries.

War has come to Demos City. 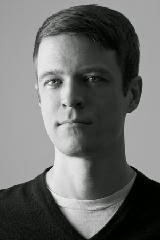 
Jonathan Lister is a full-time writer with work appearing in outlets of USA Today, The Houston Chronicle and many others. A graduate of the Jack Kerouac School of Disembodied Poetics at Naropa University, he’s waited an unspeakable amount of tables en route to having the career he wants, and the ability to the tell stories he loves. Bullet, a Demos City Novel is Jonathan’s second book-length work of fiction. He currently lives in the Philadelphia area and continues to drink too much coffee.


“The uniqueness in the Demos City stories is that the supernatural and humans know of one another,” says J. Taylor Publishing. “It’s just part of life in Demos City, but what happens when one infringes on the other or turf wars impede progress? Therein lies the fundamental problems with a society that knows about supernaturals and Jonathan is poised to tell the story for many books to come.”
“What are werewolves? Animals or people? Why do we believe the answer that pops into our head?” asks J. Taylor Publishing. “Readers expect certain things from characters and supernaturals specifically because they’ve been taught with other books to believe ‘x’ when in the Demos City case, Jonathan totally turns those preconceived notions on the head.”