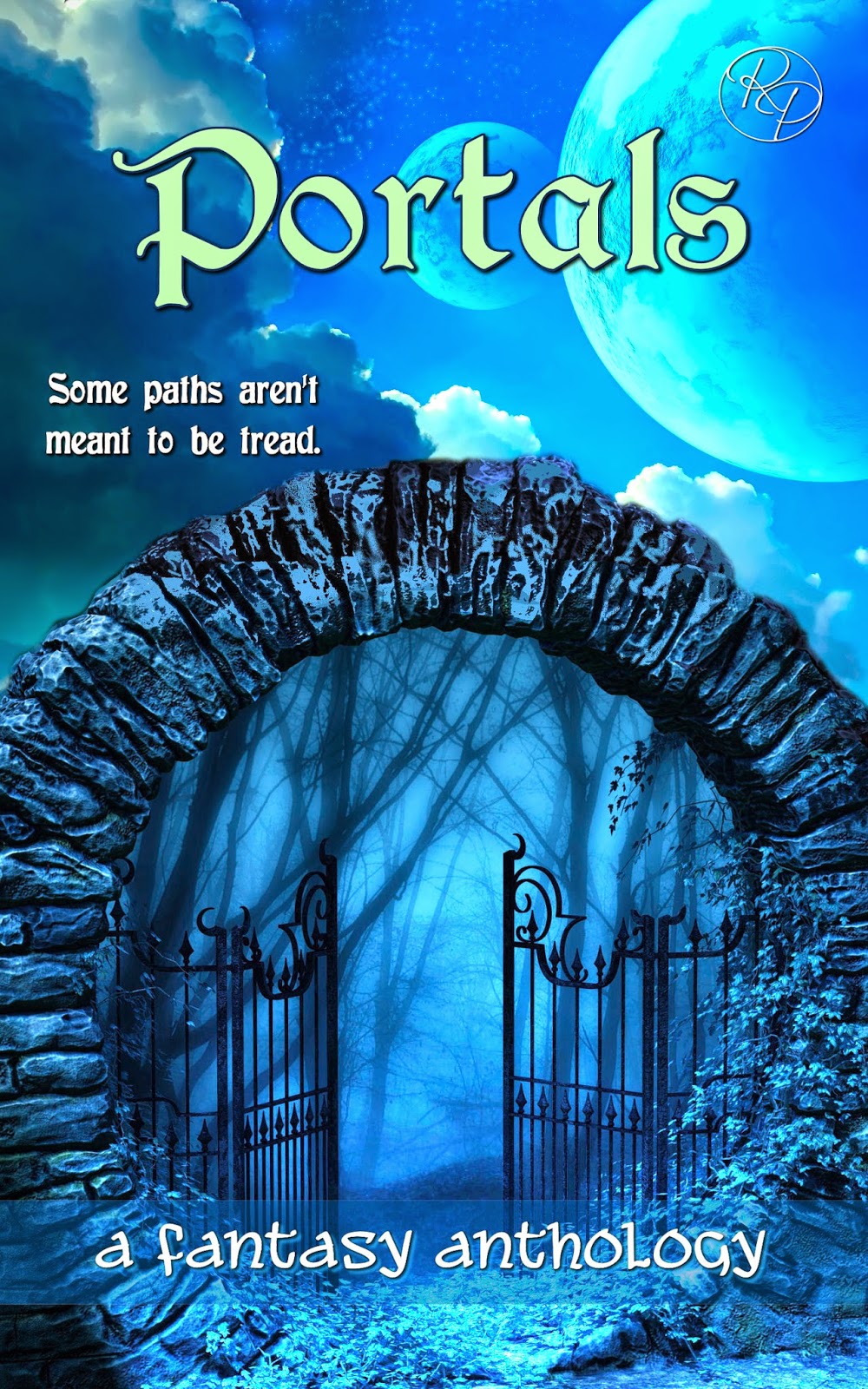 Description: No matter what world you call home, or what your station in life, there are just some paths that weren't meant to be tread.

Imagine a new neighbor moves next door, a creepy guy who gives fifteen year-old Amy Silva the willies? Amy wonders what the stone archway in the backyard is for. Her life becomes even more stressful when her family reveals they’re witches.

Could Amy’s new neighbor have anything to do with a local girl’s disappearance or be a threat to her magical loved ones?

The Grand Wizard has decreed Maronda enter the Portal of Life to embark upon a quest of great importance, but despite her Ma’s claims it is a blessing, premonitions of danger persist.

Lenox works to prove his worth to wed her, his true love, but it appears a wizard plots to remove him from Maronda’s life forever. To secure their future together, Lenox decides to accompany her on the quest, even if forbidden. He must ultimately choose between using his dragon fighting skills which could lead to his death, or give Maronda her greatest desire.

In the end, it’s Maronda who must learn to live with the consequences of his decision

Mexmur, the Huntress by Anna Simpson

Long ago a dragonkeeper betrayed his charges. To bring back magic, to set things right, Mexmur is sent through the portal.

Can she succeed armed with only a poem, talon and blade.

A guardian to the entrances between worlds, Gladys has been called to bring a little girl back from Fairyland. Passing through the Entrance of Lost Souls is no fun, neither is hunting down a deranged banshee, but what is a guardian to do?

And, is the banshee really kidnapping the girl...or saving her from something else?

Where Once were Hearts by Havva Murat

After losing both his parents, his entire fortune and his childhood sweetheart, Master Bartholomew Battlesby sets out into the wilds of Northern England to make the acquaintance of his only surviving relation, the landed recluse, Mr. Horatio Grimsby who has an eerie penchant for both tinkering and clockwork. But, on finding his relation dead, with a gaping hole in his chest, and the beautiful, but scornful, Miss Evangeline Witherop ruling in his place, Bartholomew learns there is more than one way to lose your heart.

Can Bartholomew reignite the spirit of love and mercy within Miss Witherop, or will he suffer the same fate as his poor, heartless cousin?

The Lunatic Queen by Michael Siciliano

The land of Mershinka has been thrown into perpetual night. Their King is dead and a moon witch, known as The Night Queen, rules from the royal palace in Grosnov. An endless fog shrouds the land, killing crops and starving the populace. Cold-eyed enforcers put down rebellions while volksa, twisted wolf-creatures, roam the mists looking for prey. Many have given up hope and wait for the inevitable end. All seems lost.

Two teenagers, Pavel and Tamara, devise a plan to kill Vazya the Night Queen when the moons Kainsk and Seresnya are down, end the stifling enchantment, and bring the sun back to their dying land. But, they need a watch to tell time, a compass to guide them through the mists, weapons to fight off Vazya’s minions, and all the courage they can muster.