I'm thrilled to have my fellow Pen Sister Sheryl Winters here today as part of her Skydreamer blog tour!! My lovely bud is a dragon lover, and with Skydreamer being about dragons...well, I just had to know her top ten favorite dragons / dragon stories.

Be sure to check out the giveaway, & thanks for stopping by!!


This Tens list was actually hard. I expected to breeze through it but who knew it would be this hard ranking dragon’s I’ve loved for so long.

10.  CANTH: Anne McCaffrey. “Dragonquest.” I loved Canth, I cried when he fell after he tried to go to the Red Star. He was smart, kind and loving. I felt for Fnor but it was Canth I fell in love with.

9. SMAUG. J.R.R. Tolkien’s “The Hobbit.” He was fierce in the book and he scared me in the movie.

7. Falcor from the the never ending Story. I wanted to ride that dragon so bad!!!

6. The Male Dragon. “Reign of fire.” No real name (perhaps he took it with him into death) this dragon was a scary thing to behold even if he was just in a movie.

4. Ingeloakastimizilian from the crystal shard. Don’t be put off by the name. Inge.. (as I like to call him) was a fierce fighter but not as good as Wulfgar and Drizzt Do’Urden.
3. Cyan Bloodbane, Dragon Lance. Awesome green dragon. He crept into your dreams.. and then he scared you to death.
2. Gleep from “Hit or Myth.” Sure he was a small dragon and often mascaraed as a War Unicorn, but then again, who hasn’t?

1. Draven Winterbourn. “Skydreamer” The thoughtful, smart, kind and occasionally temper provoked King of the Dragon-Changers. Sure he can change from Dragon to Human. Sure he’s in love with his wife but you want to know what I really love about him? He defends his own, always.

Check out the goods... 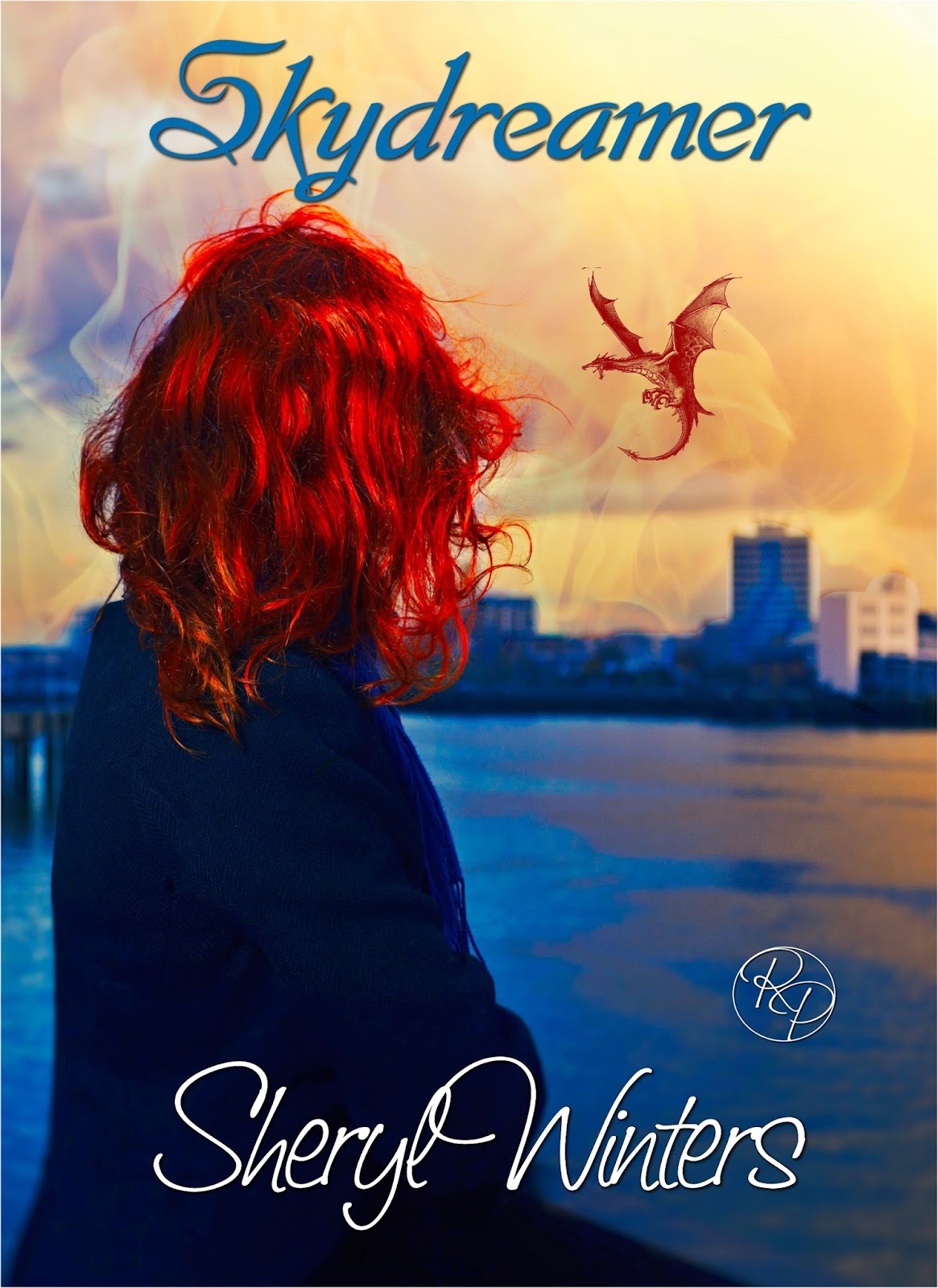 For fire talent, Jaden Zarie, life is far from a fairy tale. Blisters from any contact with water, check. Sleeping in a shed behind your greedy Uncle's house, check. Ex-boyfriend scouting the bar where you work for one-night stands every night, double check.

When Jaden sets off to secure a new life with her two sisters, winning a contest with a huge pile of gold on the line seems like a quick fix. Getting hitched to Draven Winterbourne, King of the Dragon-changers, and finding true love, was beyond anything she could have hoped for.

But a friend turned enemy threatens to take it all away. Jaden is thrust into an alternate universe and separated from her new husband and her sisters, she must summon up the courage to start over, alone, knowing she may never see any of them again.


I never set out to be an author. Only a story teller. Some days I succeed better than others.