Only 1 Week Before Eye of the Soul Releases! #EotS #Fantasy #Giveaway

Well, folks. Can we say excited much? 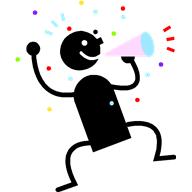 My fantasy debut novel, Eye of the Soul, releases in ONLY 1 WEEK!

Haven't heard about it yet? Keep a'scrollin'! 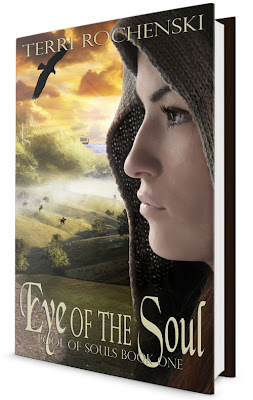 Escape. That should be Hyla’s first thought as her people are chained and imprisoned for no imaginable reason. Instead, Hyla finds herself traveling through a land void of Natives, with human soldiers pillaging in desperate pursuit of her, and in search of the mystical Pool of Souls—home to the one man who can save her people. Or so she believes. Led by her faith in the deity Fadir, Hyla is met along her journey by Jadon—a human male and fierce King’s warrior, and his childhood best friend Conlin—one of the few Natives aware of his Fadir-given Talents. Protected by Jadon, guided by Conlin, and with an unfailing belief in the purpose of her pilgrimage, Hyla carries on. Like her, though, another searches for the Pool, and should he gain access first, everyone she loves, and everything she knows, could be lost. Forever.

My blog tour runs from Oct. 7th - Nov. 7th, and I'll be running a HUGE giveaway during that time. TWO winners will receive:

Along with the month-long giveaway, I'll be offering up two ecopies of EotS, but it's going to entail a little bit of 'sharing'. Details on that will follow.

In the mean time, add EotS on Goodreads!

Email ThisBlogThis!Share to TwitterShare to FacebookShare to Pinterest
Labels: Eye of the Soul, Fantasy, J. Taylor Publishing, Pool of Souls