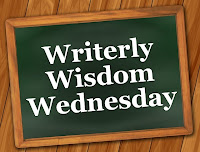 Today I have fellow TWRP author, Gail MacMillian, sharing about taking acceptance and rejection in stride. Be sure to check out her newest release, Counterfeit Cowboy!

Hmmm!  Words of wisdom that have proven important in my writing career.  Never let either rejection or acceptance overwhelm you.  Both can be imposters that tend to make both aspiring writers and even some established ones view their work through a distorted prism.  I recall a successful actor commenting on the fickleness of fame and thought “Yes, but failure can be equally misleading.”  Sometimes a story one editor rejects, perhaps even a tad unkindly, will meet with high praise after another’s reading of the same piece.

That being said, I love to write and will continue to write, acceptance or rejection be damned.  It’s what I do, a major portion of my raison d’etre and there isn’t an editor or critic on earth who can successfully quell what I call my positive addiction.

I admit I’m superstitious regarding my work in that I never allow anyone to read it or criticize it before it’s sent winging off to an editor.  I don’t want to risk being shot down by anyone less than a professional whose opinion I respect.  (Furthermore it avoids the egg-on-face scenario of being asked about the story by friends and family if “the masterpiece of the century” fails to find a publishing home.)

I’ve written ever since I learned how to form words into sentences.  Although I’ve worked at other jobs over the years, raised three children, and started university when my youngest entered school (finished when my eldest got her degree), writing has always been my career of choice.  I haven’t gotten rich but then I’ve met many interesting people that I wouldn’t have otherwise encountered and found satisfaction in a way of life I love.

I recommend the writing life to anyone who can take acceptance and rejection equally within their stride, who can find satisfaction and contentment in their own company, and, most importantly, who was borne with that innate, insatiable desire to WRITE. 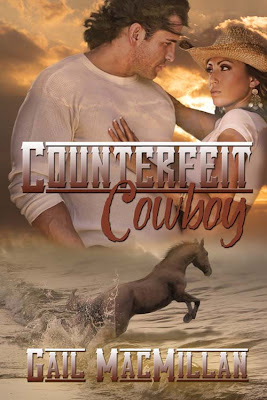 “Nothing but a counterfeit cowboy.”  That’s how veterinarian and horse farm owner Dr. Shelby Masters contemptuously describes the number-one male country music singer.  Strapped for cash when her prize stallion is stolen, she is forced to spend six weeks with the man, teaching him enough to do his own riding in the western movie he’s signed for.

Jordan Brooks can sing and play a guitar but he can’t ride a horse.  He has a month and a half in which to learn and he just might give strait-laced and distanced Shelby a few lessons of his own.  For instance, how to make the most of warm summer’s night on a moonlit beach…

A three-time recipient of the prestigious Maxwell Medal, Gail MacMillan is author of twenty-two books. A graduate of Queen's University with post graduate work in Expository and Narrative Writing at the University of Western Ontario, Gail has had numerous short stories and articles published in Canada, the United States, and Europe, several of which have won awards. Her three books about Nova Scotia Duck Tolling Retrievers (the first co-authored with Alison Strang) have met with excellent reviews and are selling well worldwide. Two of her canine books, Biography of a Beagle and Ceilidh's Quest have won Maxwell Medals from the Dog Writers' Association of America in NYC as the Best Dog Books in their category in 2002 and 2007 respectively.