#BookReview : The Fall of Billy Hitchings 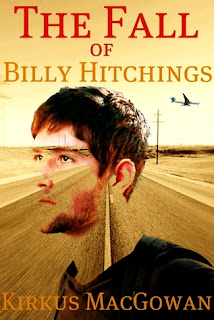 
The John Reeves Creed: "Kill them with kindness. Unless you have a gun."

Book Description:
John Reeves, an ex-Marine, drives to Myrtle Beach to confront his fiancée, hoping to repair their damaged relationship. Instead, he finds her unconscious in the local hospital, the victim of an unexplained explosion at a local restaurant.

During his investigation, Reeves meets Billy Hitchings, a teenager who knows more about the explosion than he should. Their questions lead to an ancient legacy best left alone.

Pulled into yet another crossfire, John Reeves fights to protect his friends and keep a primeval power from falling into the wrong hands.

After a recent YA & paranormal romance kick, The Fall was a refreshing read. Billy Hitchings has always been a little strange, but when an archaeological find shows up in Myrtle Beach, his true nature is revealed. The artifacts holds a key to life and death which is coveted by many.

Yummies:  Characters, their development & dialogue is spot on. For a 19 year old boy's PoV, this story was emotional & engaging. Billy's childhood was troubled and he faced many battles - internal as well. It was easy to get that motherly instinct going on for him.

The 2nd MC, John, for this story focuses on him just as much, is a likeable, flawed man. Being a personal bodyguard for hire has made him a wealthy man, but he doesn't act or speak like it. Non assuming, savy, and strong, this character was my fav by far.

A very fleshed out supporting cast rounded this story out - including the 'villian' we dislike with a passion only to learn why he is the way he is. Then empathy comes in and soothes the budding hatred.﻿

Yuckies:  My first problem is the pacing in the 3rd of the book. Yes I was hooked by the characters and the daily circumstances surrounding them, but I wanted to jump into the meat of the conflict long before it was introduced. Speaking of conflict, this is where my 2nd problem arrises.

The believability factor was a smidge off for me. Even fantasy & Sci-Fi when well written makes it easy for the reader to imagine the story actually happening - taking place in another world or dimension. Both Billy & John figure out what the artifacts are and how they work MUCH too easily IMO. The 'villian' as well knows what the artifacts are & how they work, but we're never told how he knows this - this made his motivation questionable. And seeing as how the descendents of those sworn to protect the artifacts don't really know what they are ... well my brow rose to say the least.

Recommend:  Yes. I've been lucky enough to beta read for Mr. MacGowan, so I know we'll get to see more of John, whose life definitely deserves to be followed. Nothing better than a gun-weilding, spaying, getting shot at, friendly, caring guy whose personal life nabs a reader's empathy & wishes for success.

On Thur, Aug. 16th Kurkus will be stopping by with a guest post where he'll be discussing parenting, writing, & all that good stuff. Don't miss it!