Linda Carroll-Bradd, romance author, is here today sharing about how she strives to keep her stories rich with ethnic customs.

Be sure to check out her latest release, Sweetwater Springs Christmas.

As an author, I want to create a story with three-dimensional characters living in a realistic world—no matter in what era the story is set. Granted the world is fictional but I want to include enough specific details to enable readers to form visual images as they read. Because I only know the holiday traditions from my own experience, I needed to research customs from other ethnic groups for a recent holiday story. My goal is to always have enough detail that someone who is from that country will recognize familiar foods or items. As with lots of research, the quest for a tidbit of information led me deeper into the subject and I amassed more facts than the scene can hold.

In Wishes On A Star (a short story in Sweetwater Springs Christmas), the heroine Richelle Quaid is spending the Christmas holiday with her aunt and uncle and is helping to decorate the tree. A family story emerges about a special hand-blown glass ornament made by an adored uncle that survived the journey from Germany to America. Aunt Iola speaks of this uncle and how her mother lamented that so many ornaments were broken on the trip over the Atlantic. Although her aunt is the sister of Richelle’s mother, Richelle has never heard this story and doesn’t remember seeing a similar ornament on her family’s tree.  Instead, many of the ornaments are made of crystal, which reflects her father’s Irish heritage. [Here I’ve created a potential plot question for a future story]

My idea of old-fashioned trees is that candy canes (without the cellophane wrappers) hung at the ends of the fir branches. So I researched candy canes (zuckerstange in German) and learned (to my great joy) that one source states candy canes were invented in Germany in 1672. A choirmaster asked a local candy maker to create sweet sticks that he could pass out in the middle of the lengthy Christmas Eve service to keep the children quiet. (obviously before the real facts about kids and sugar were discovered) He specified that one end should have a hook to remind children of the shepherds who visited Jesus. The original sticks were pure white but by 1844, a recipe for red and white sticks flavored with peppermint was in print. So I gave Aunt Iola the memory of eating sweet sticks during worship service as a child. And I knew that having candy canes available to buy from a sweets shop in 1895 was feasible.

The details are minor and some readers may not take notice, but I believe taking the time to research customs that are part of the character’s heritage and weave them into the plot makes the story richer and more satisfying. 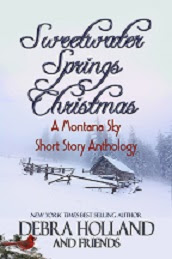 Sweetwater Springs Christmas is an anthology by 11 western historical authors set in 1895 in the world created by Debra Holland in her Montana Sky series of sweet historical romances.

Free-spirit Richelle Quaid is outspoken, confident and a little bit spoiled. She sets tongues wagging with her bloomers and bicycle but also catches the eye of visiting rancher Landon Howard. An incident with her bicycle causes his prize colt to bolt into the cold Montana night. As Richelle and Landon track the animal together, they can’t fight their growing attraction. Will a wish made on a star foretell their future? 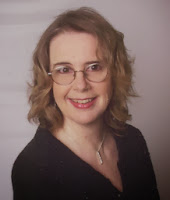 As a young girl, Linda was often found lying on her bed reading about fascinating characters having exciting adventures in places far away and in other time periods. In later years, she read and then started writing romances and achieved her first publication--a confession story. Married with 4 adult children and 2 granddaughters, Linda now writes heartwarming contemporary and historical stories with a touch of humor from her home in the southern California mountains.