Are YOU following along? Love's Sorrow #Excerpt 3 #Historical #Romance

Yes, I'm taking part in my OWN blog tour! Cheesy, I know, but I've good reason...

Throughout my month-long blog tour for Love's Sorrow, we are releasing the ENTIRE FIRST CHAPTER! Today, I'm sharing part 3 because someone ended up canceling at the last minute. In case you missed them or want to catch up:

Be sure to enter the rafflecopter after reading for a chance at a signed LS paperback, $10 Amazon gift card, & LS swag. 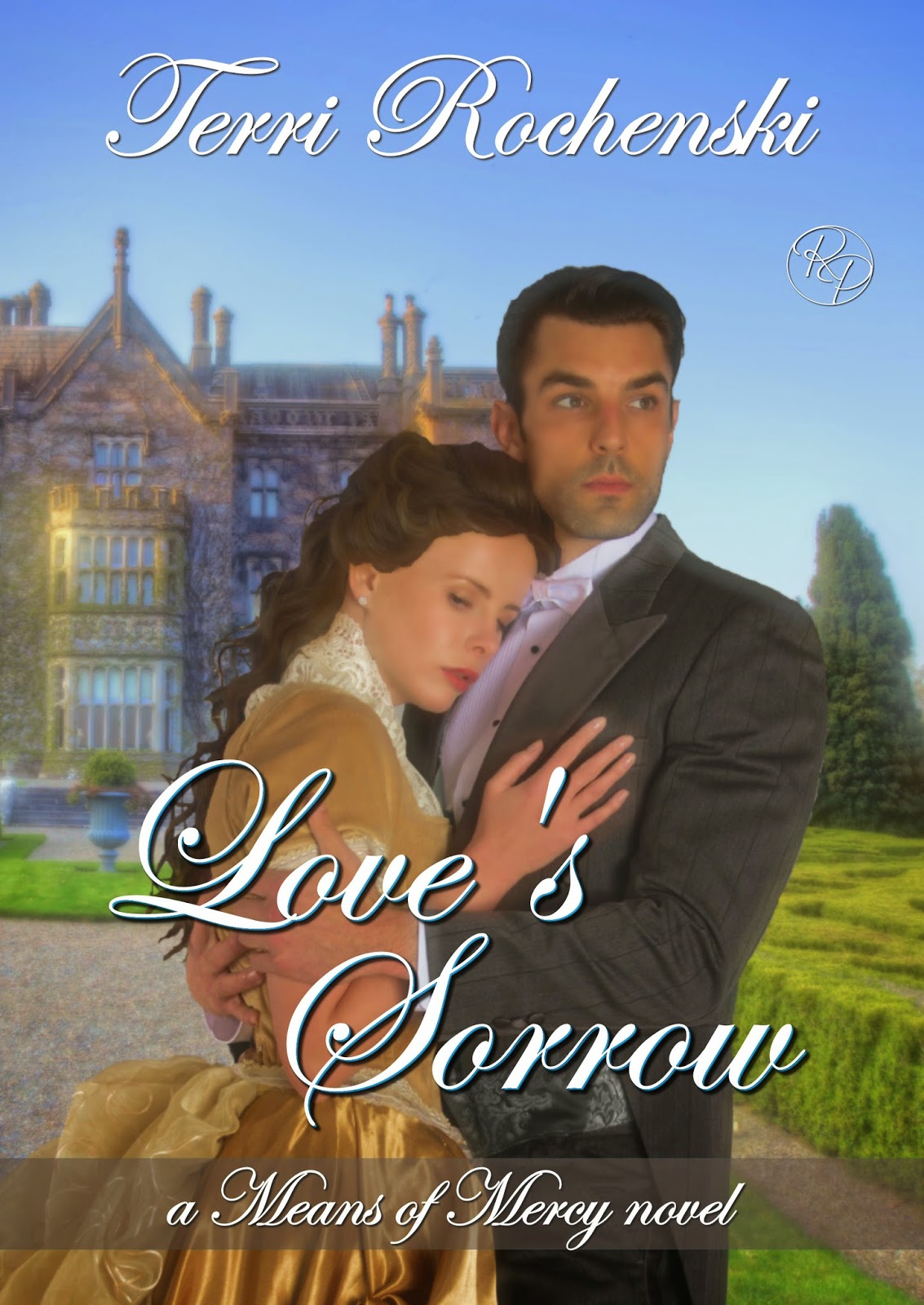 Hired as a nanny for her cousin’s children, Anne Tearle finds security and a loving family. The children are a dream, but London society is a world of its own, one where a displaced farm girl has no business being. But, wealthy rake, Gavin MacKay, helps her to see associating with the upper class might not be as horrid as she first assumed.

Like all things worthwhile, love comes at a price, and the cost soon bestows more anguish than joy. Lost, but not undone, Anne must find the courage to begin life anew, or succumb to sorrow's unrelenting waves of grief.

Even though my tutor hailed from London, disappointment would have marred her brow to see me gaping out of the carriage window as Emanuel led the horses down the city’s busy streets. Omnibuses, hansom cabs, and carriages jostled about like ducks in a pond after a piece of stale bread. Ladies walked the street in skirts of such ludicrous width it was a wonder they could wiggle their way through the various shop doors. Countless gentlemen on horseback passed so close I could have reached out the window and touched their shiny black boots. Costermongers in their filthy aprons pushed about their barrows shouting of their fruits or vegetables for sale.
The din of people calling out to one another and constant clattering of the wheels they hurried to escape filled my ears and mind to distraction. London seemed in a mighty rush to get nowhere.
The hustle and bustle of those few miles ended as we passed between a set of black iron gates. Emanuel brought the horses to a halt before one of the grand brick homes lining the peaceful street and the morning-long flutters within my chest became more like the thumps a hammer makes when striking an anvil.
If Mrs. Littleton hadn’t told me ladies never opened doors for themselves, I would have flung the carriage door wide and jumped to the ground without Emanuel’s help. Shifting on the seat, I waited for his aid, wanting to nibble on my short nails.
Within minutes, I walked up the flagstone steps to the Telfords’ front door. The chilly wind of early spring blew my faded skirt about my legs, causing me to stumble up the last step. The heat of embarrassment crept up my neck, and I glanced back at the coachman. Thankfully, he was already leading the horses away.
I inhaled one more deep breath before lifting the brass knocker.
Expecting the raven-haired woman I imagined my cousin to be, bewilderment furrowed my brow when a grey-haired man pulled open the door. He loomed over me, dressed in a clean black suit with a pressed white collar and tie. His stern, deep-set eyes and bushy brow gave me the impression his manner would be as rigid as his starched attire. It took a few moments for me to realise his station, but before I found my voice to greet the butler, he stepped back, pulling the door wide open.
“Miss Tearle, won’t you please come in?”
I thought perhaps I should curtsy, or at least bow, but I concluded servants probably didn’t do either when greeting each other. I decided to smile. He didn’t offer one in return. Stomach a knot, I took a step past him and tugged on the bow under my chin that held my straw hat in place.
A colourful rug lay before me atop the polished hardwood floor of the foyer. I was hesitant to step on it with my dirty boots, but it wouldn’t be proper to take them off in front of a man, let alone meet my cousin in holey stockings.
At least it was dried mud coating the edges of my shoes and not cow dung. I would offer to clean up the mess afterward.
The rug ended at the first riser of an elegant staircase winding its way from the centre of the hall towards the balcony on my left. An empty vase sat on the small table to my right, and above it hung a gilded framed mirror. I dropped my bundle to the floor and unpinned the hat’s crown from the knot of hair on my head. I peeked in the looking-glass as I placed my hat on the table—my brown hair appeared dishevelled, and my face flushed pink with nervousness.
The butler shut the door, and I hastened to tuck a few wayward tresses behind my ears.

I hope you'll continue to follow along! Click on the tour button above to find the rest of my stops.